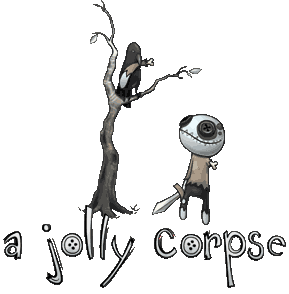 After a deadly circus fire shatters his world and tarnishes his name, Dropsy the Clown finds himself on a journey of self-discovery through a story that harnesses powerful themes of love and unmerited kindness. With his father gravely ill and the world turning its back on the once celebrated clown, Dropsy will need to help those in need, hug total strangers, and unearth dark secrets on the winding road to redemption. Oh, and Dropsy can also talk to animals.

Dropsy is a non-traditional take on the classic point and click adventure formula starring the game's perpetually carefree namesake clown as he explores a richly detailed world full of colorful characters and sinister secrets, doling out hugs along the way. Rather than lead players on a singular narrative path, players are free to choose which avenues of adventure they want to explore in an open world setting and can piece the puzzles and story together however they choose.

Dropsy began on the Something Awful forums in 2008 as a choose-your-own adventure game illustrated by Jay Tholen. Demand for a playable version of the story increased and Jay began designing a game based around the story with the help of some members of the forum. In October 2013, he ran a successful Kickstarter to create a full point and click adventure game based on Dropsy, and shortly after Devolver Digital joined as publisher.

A Jolly Corpse joined Jay in September of 2014, Jesse as project director, co-writer, and co-artist, and David as lead programmer. With the new team, development went swiftly, and the game was released for PC, Mac, and Linux on September 10, 2015. It was released for mobile platforms in December, 2015.

Dropsy has been incredibly well-received by both critics and players, and earned a reputation as the best point-and-click adventure in years. Destructoid called it one of the best new IPs of 2015. 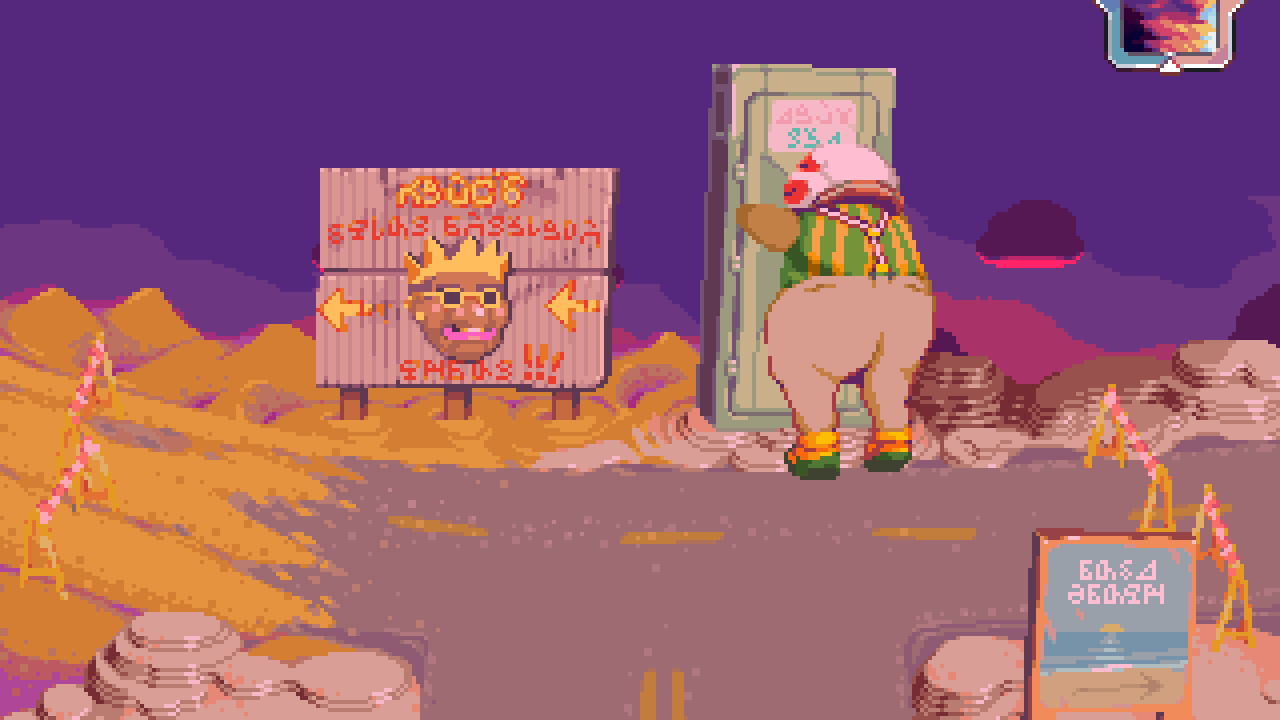 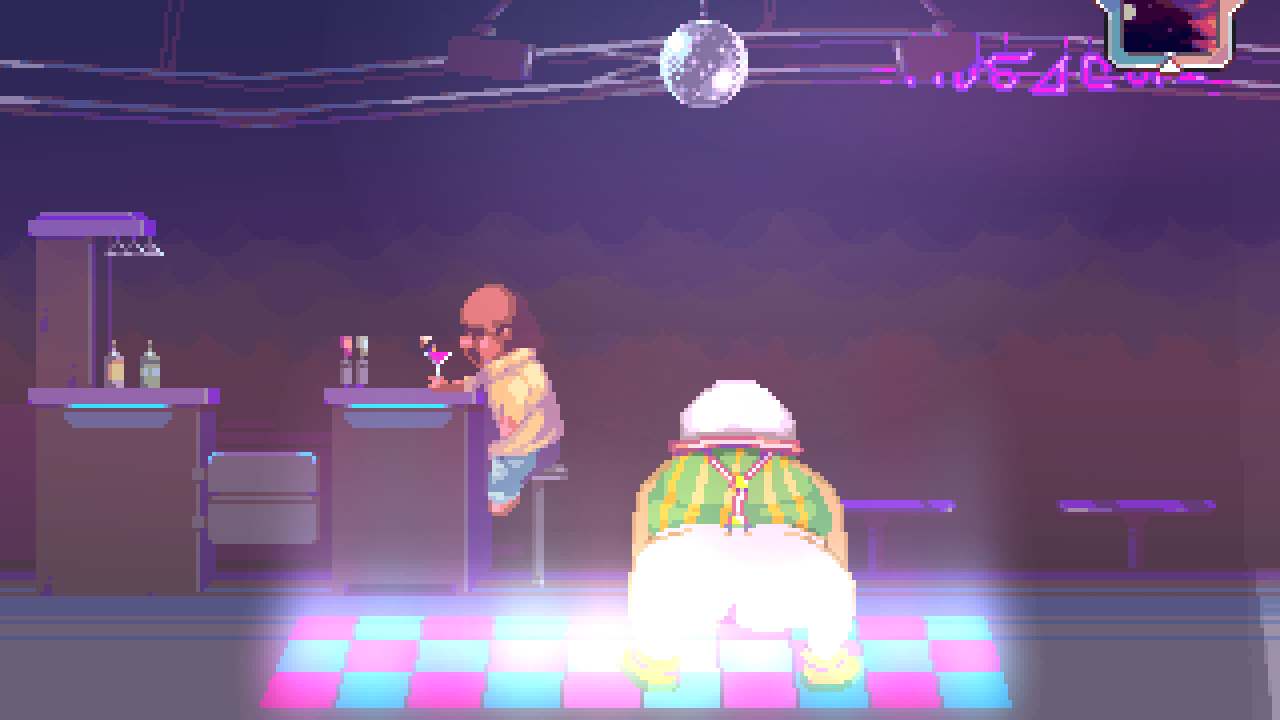 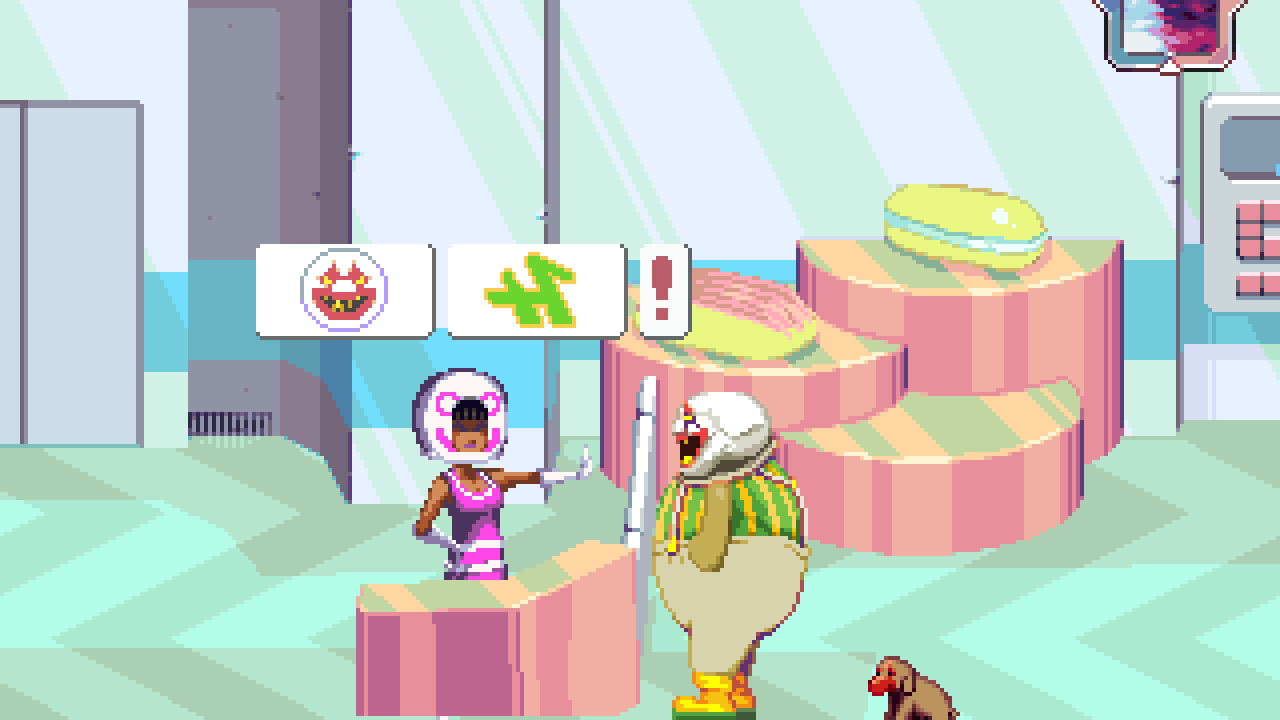 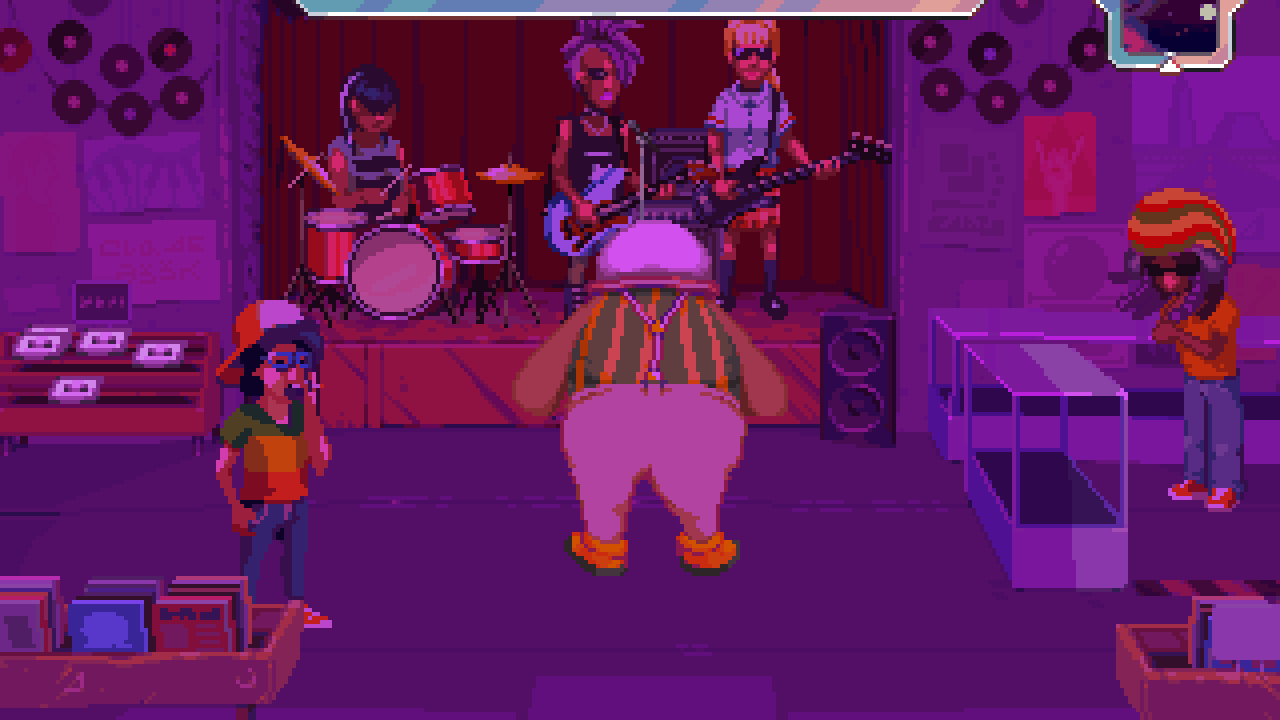 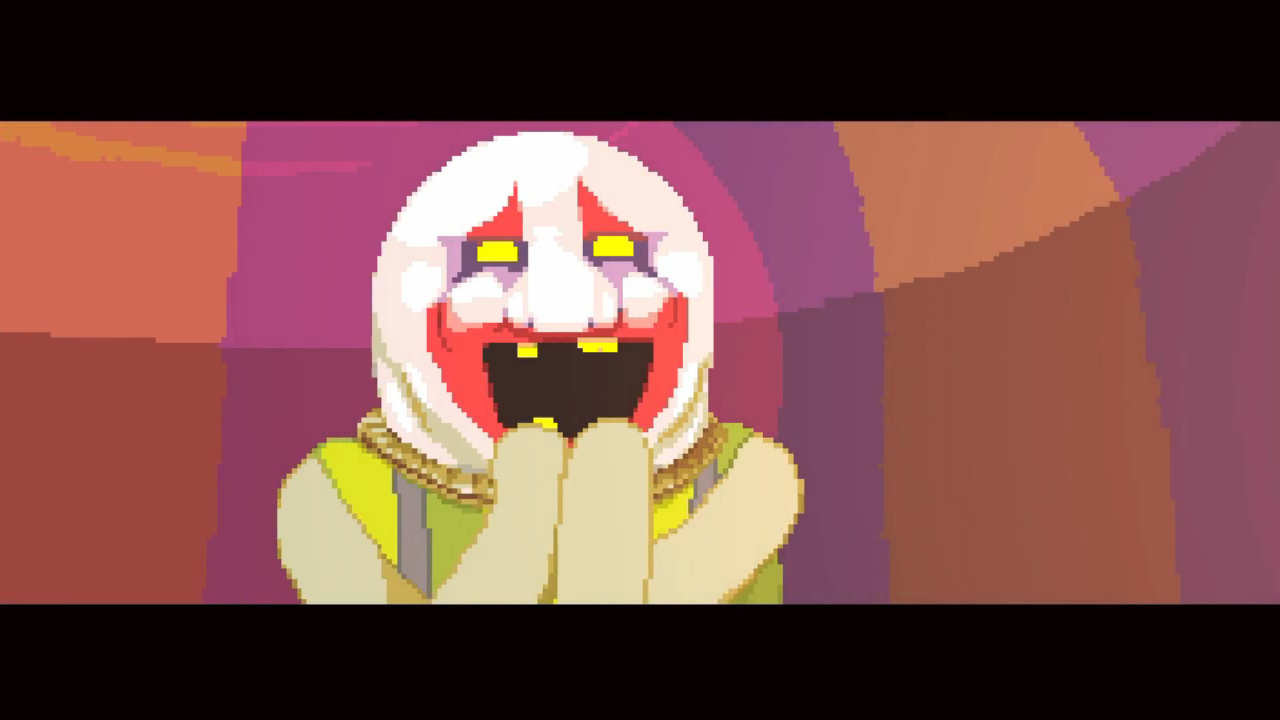 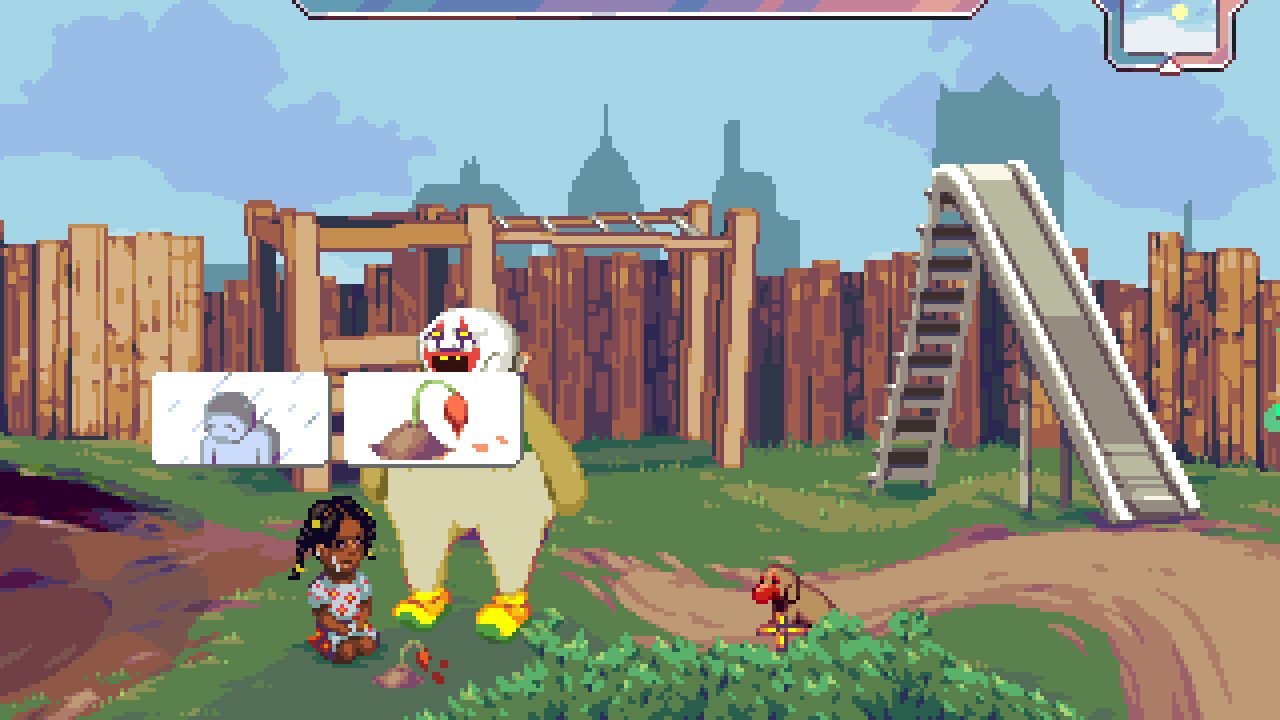 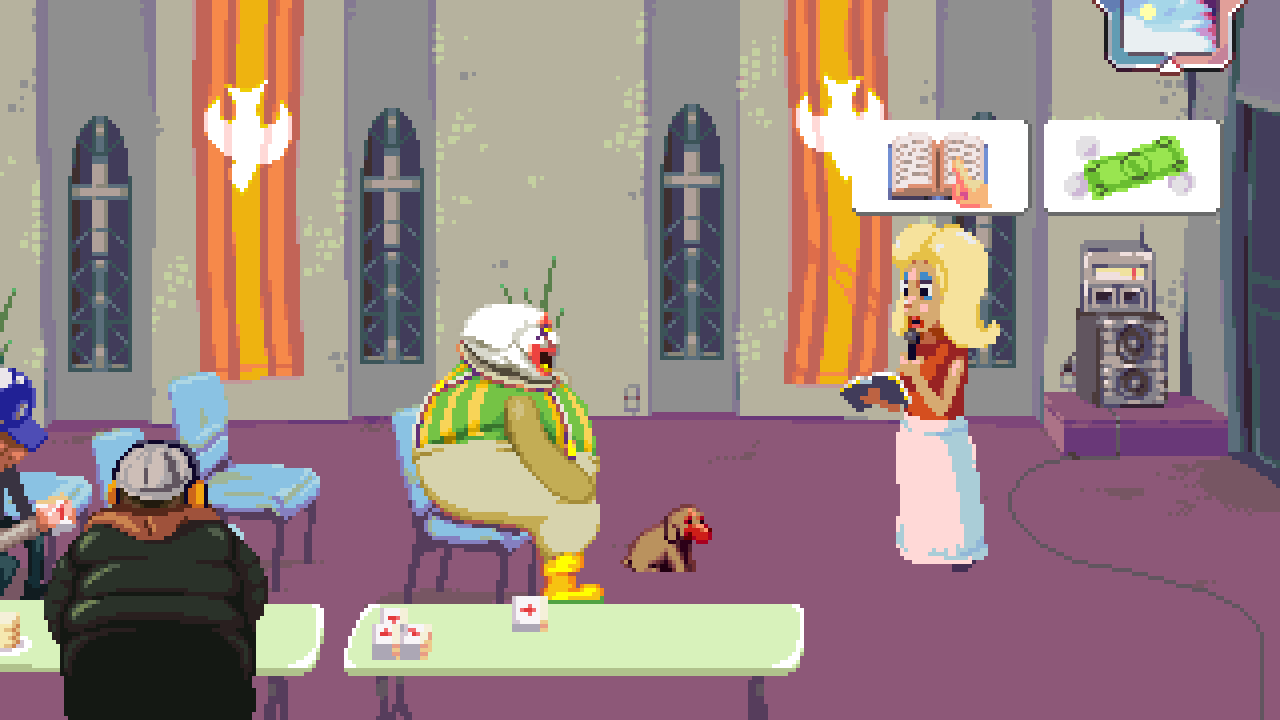 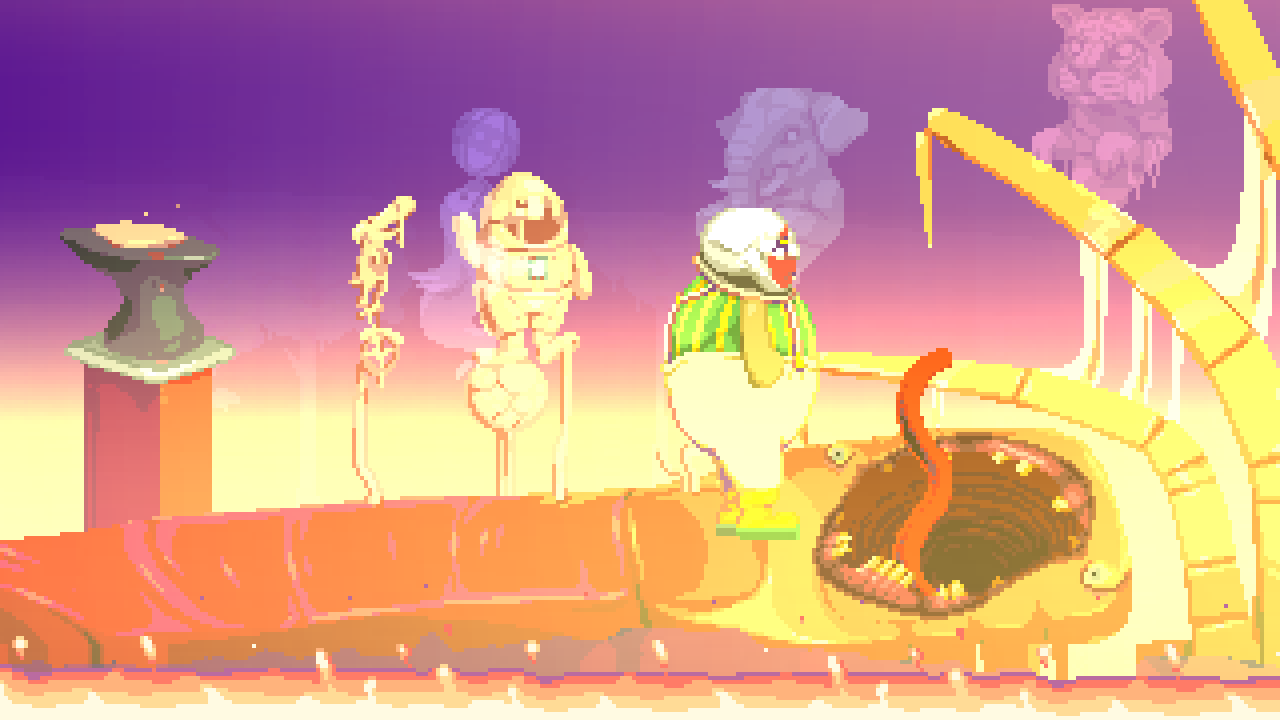 Wyv and Keep is a game of action and puzzle-solving, where up to two players guide the titular pair of treasure hunters through a gauntlet of confounding puzzles and deadly traps in search of the legendary lost idol. The game is presented in a style that would feel right at home on the 16-bit consoles of old, with beautiful pixel art, a catchy soundtrack, and finely tuned platforming gameplay.

Originally a rigidly grid-based, castle-themed puzzler, the prototype of "Wyvern’s Keep" was constructed in 2001 by college students Beau and Jesse in the games maker Multimedia Fusion. David brought the game a complete rehaul with proper coding in 2004, but with members going their separate ways, the prototype was left to the ravages of time. In 2011, with the three’s craving for pixels at a peak, the game was reborn with a modernized version and moved into the jungles of Amazonia. Development was long and riddled with amateur mistakes, but miraculously the game was completed and given a small release in 2013. Steam release and ports to Mac and Linux followed on August 8th, 2014. Wyv and Keep is currently being ported to XBox One.

Wyv and Keep was a Microsoft Dream.Build.Play Contest Finalist in 2012. 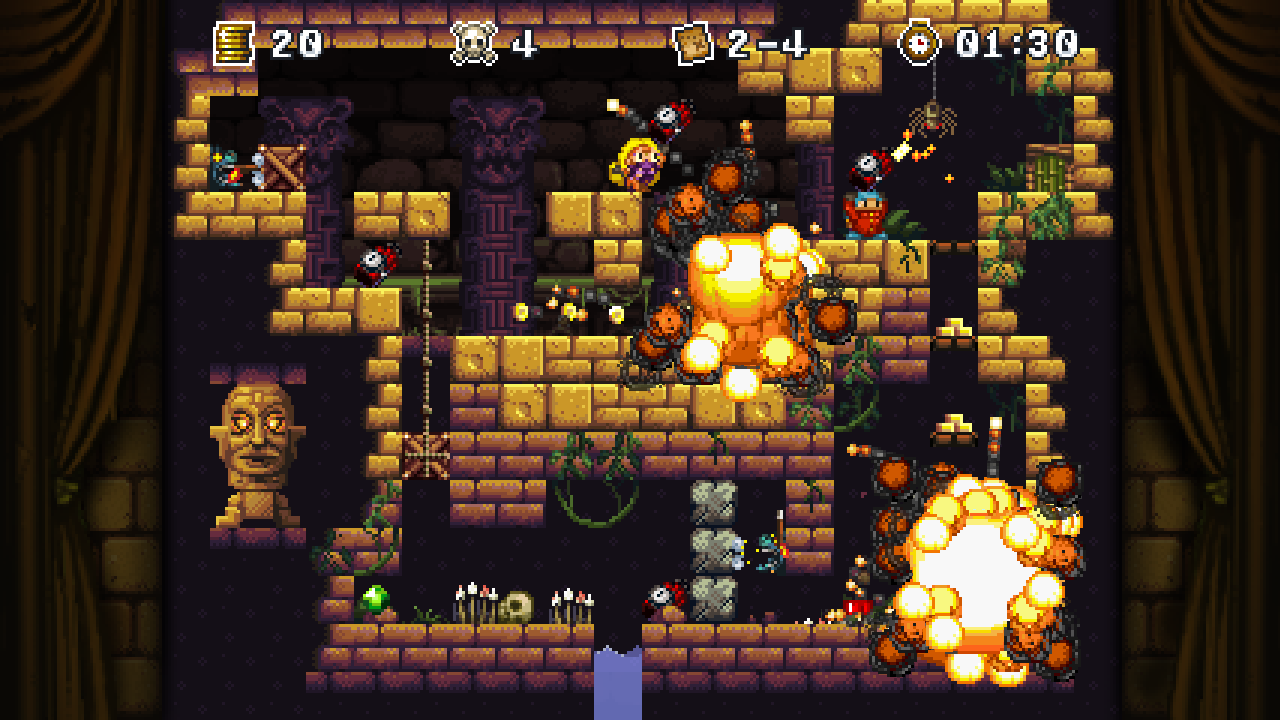 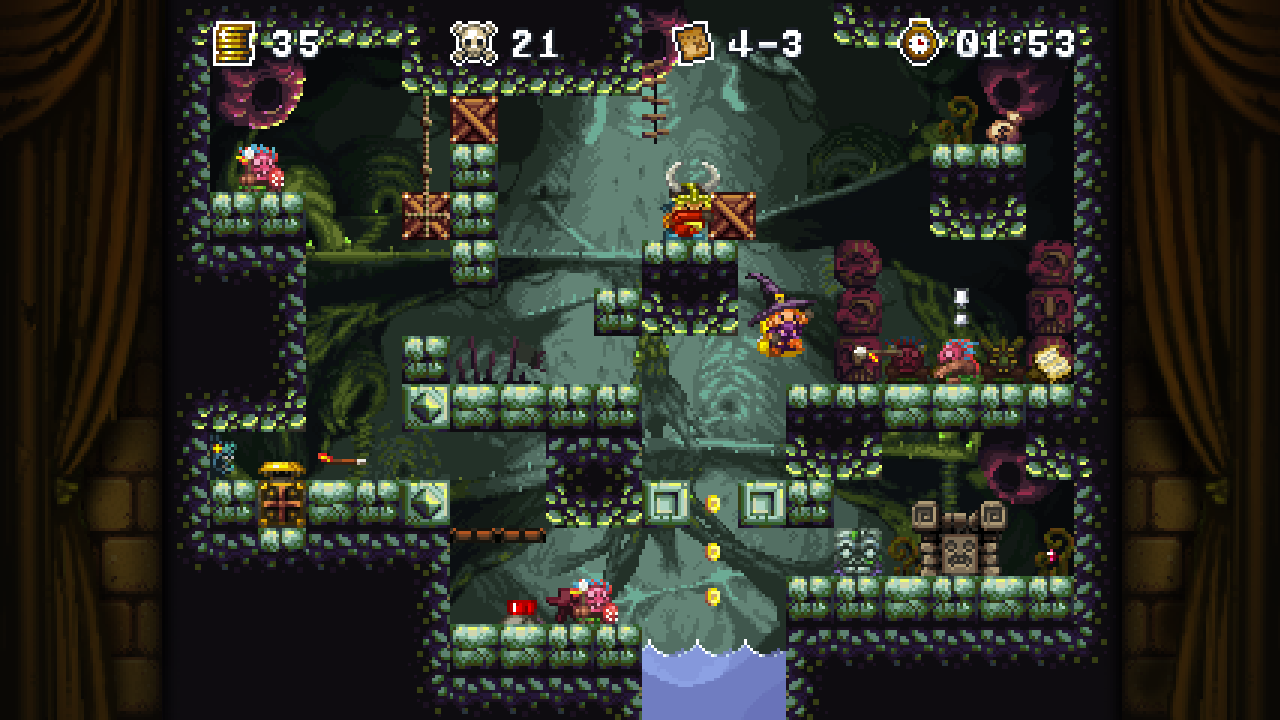 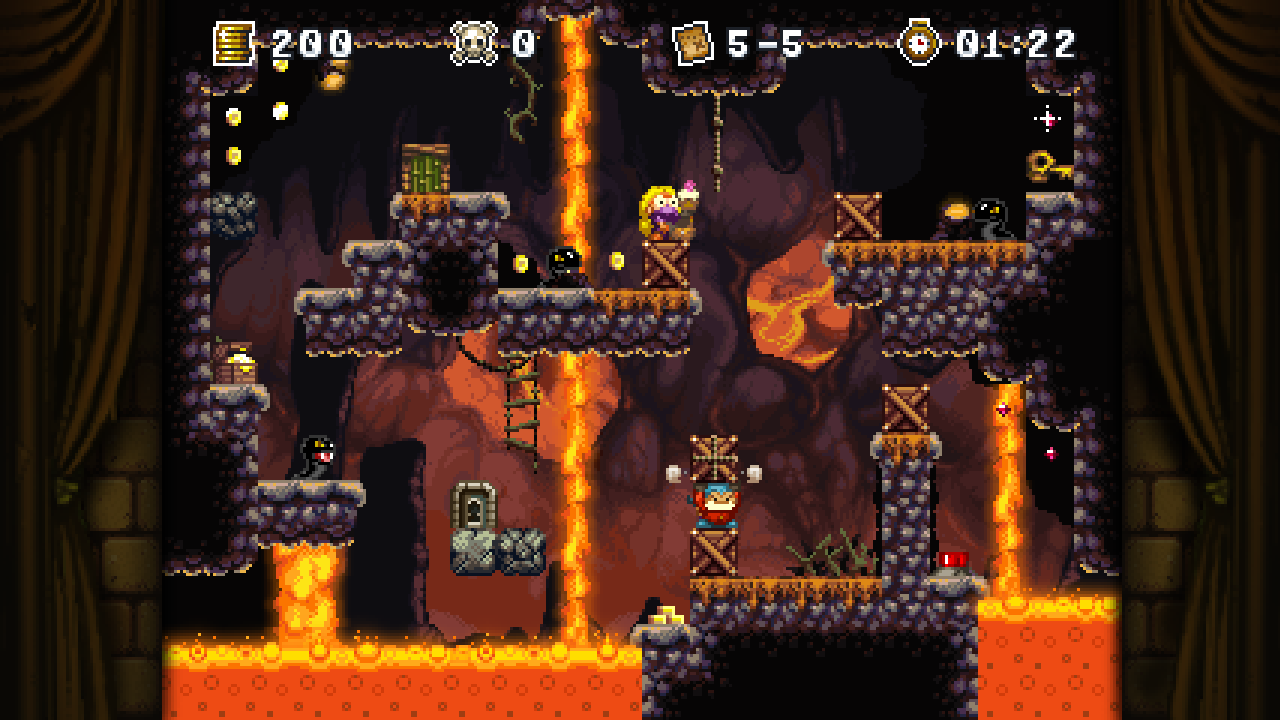 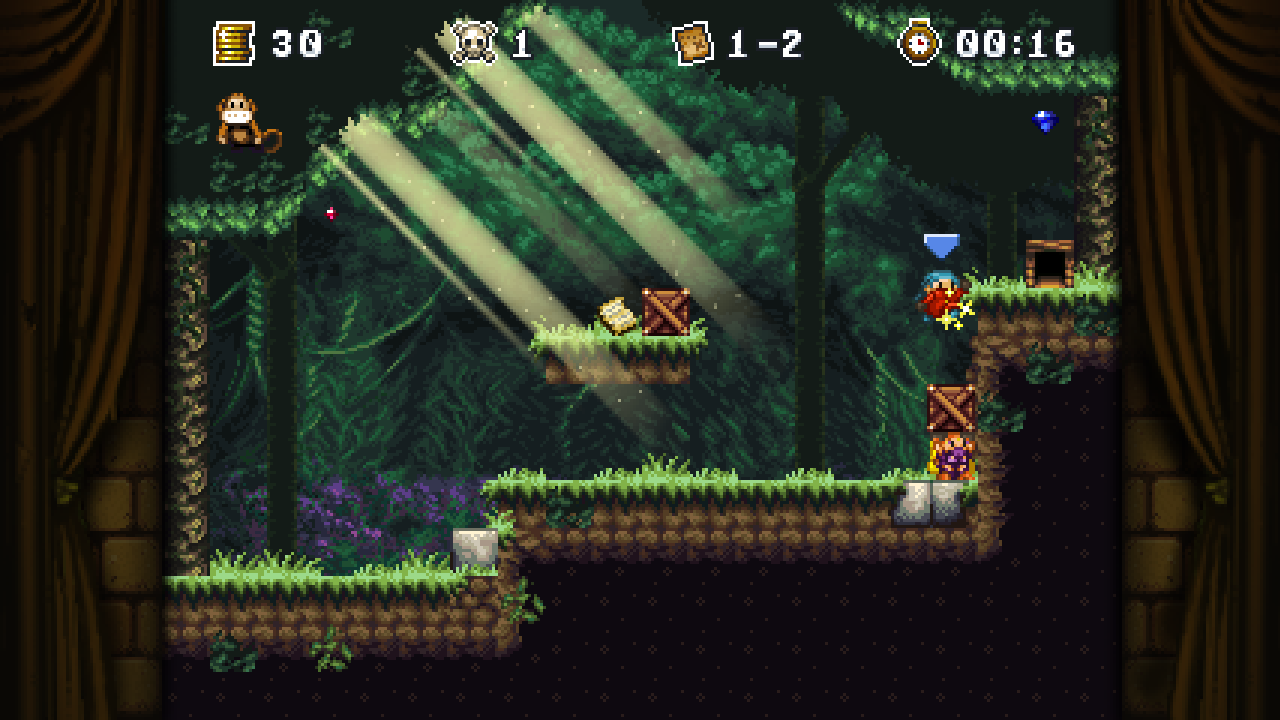 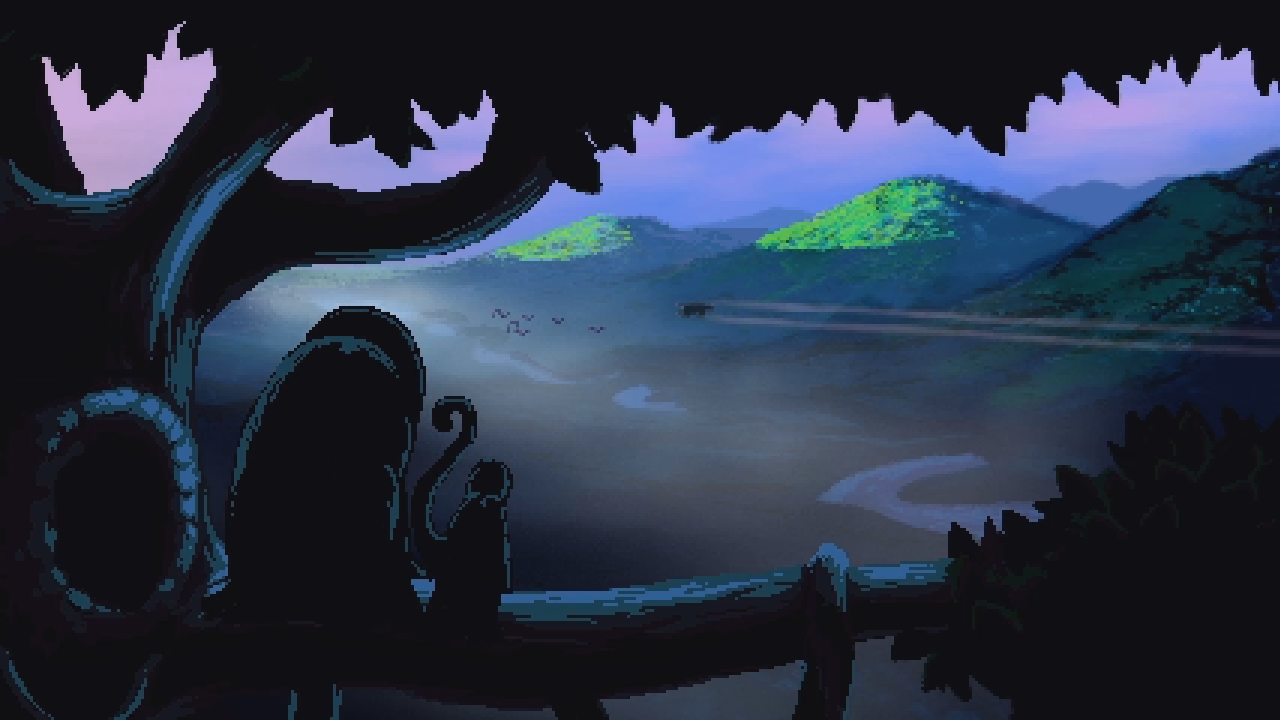 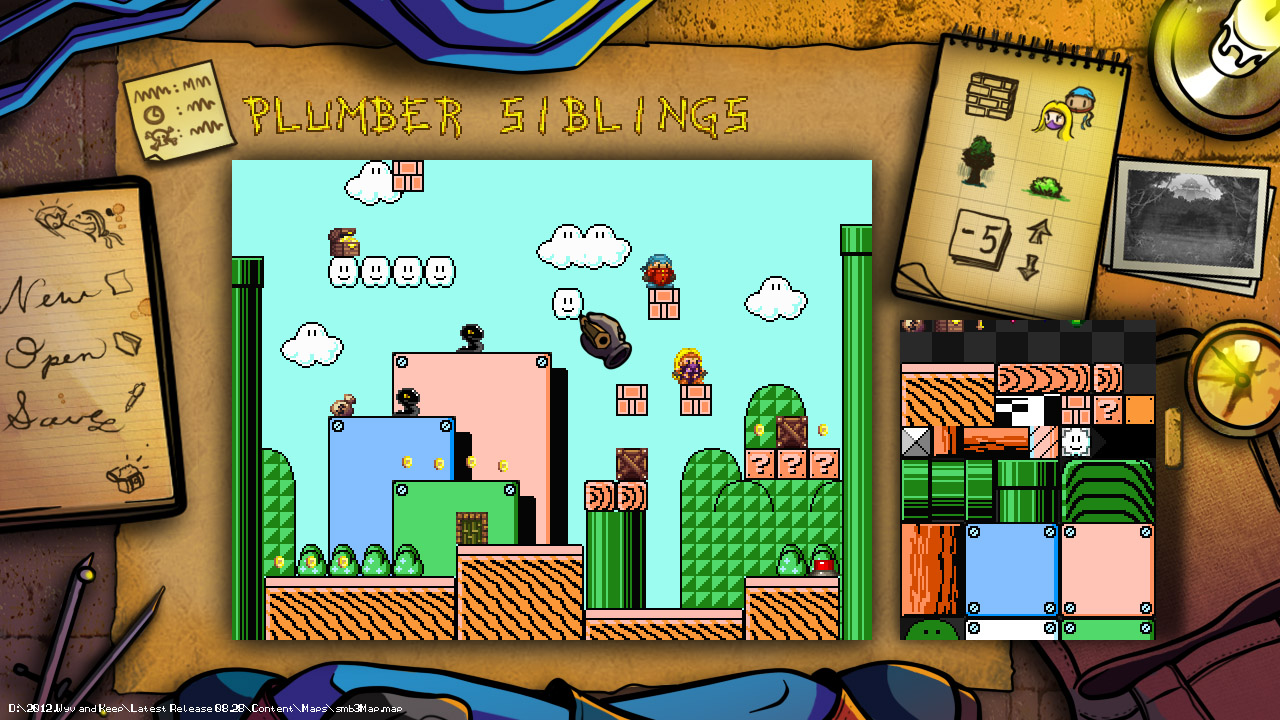 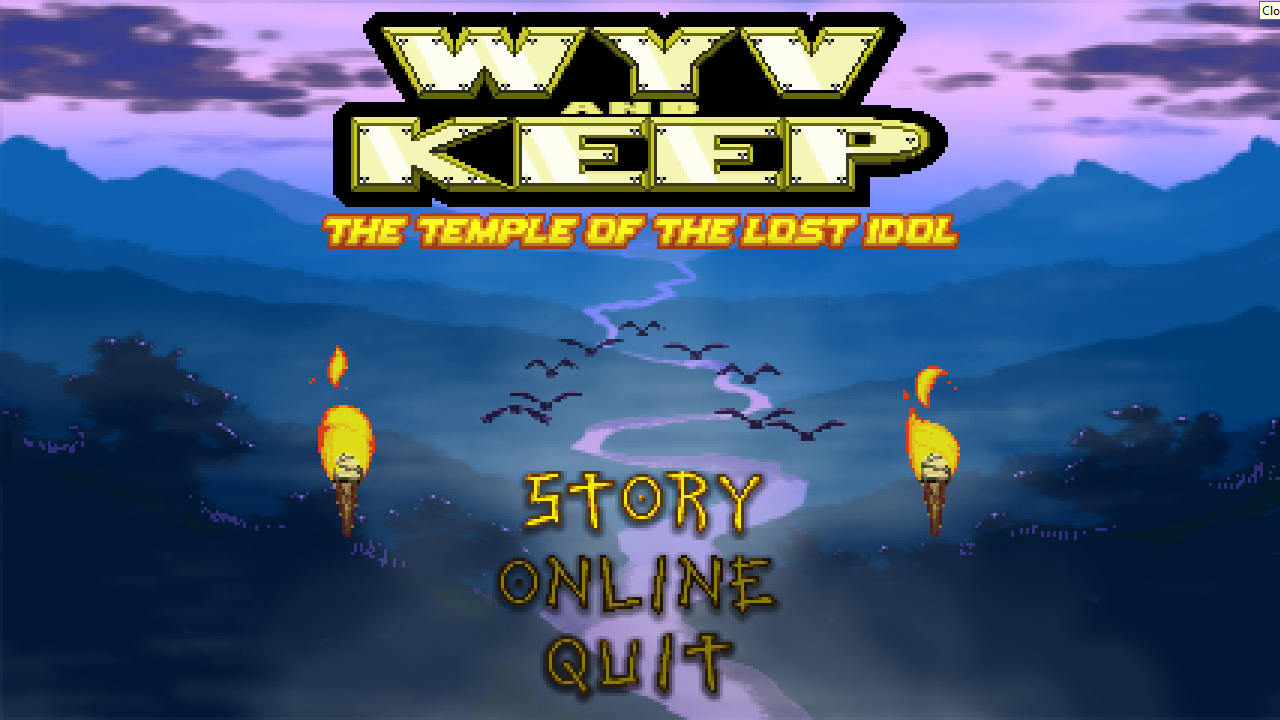 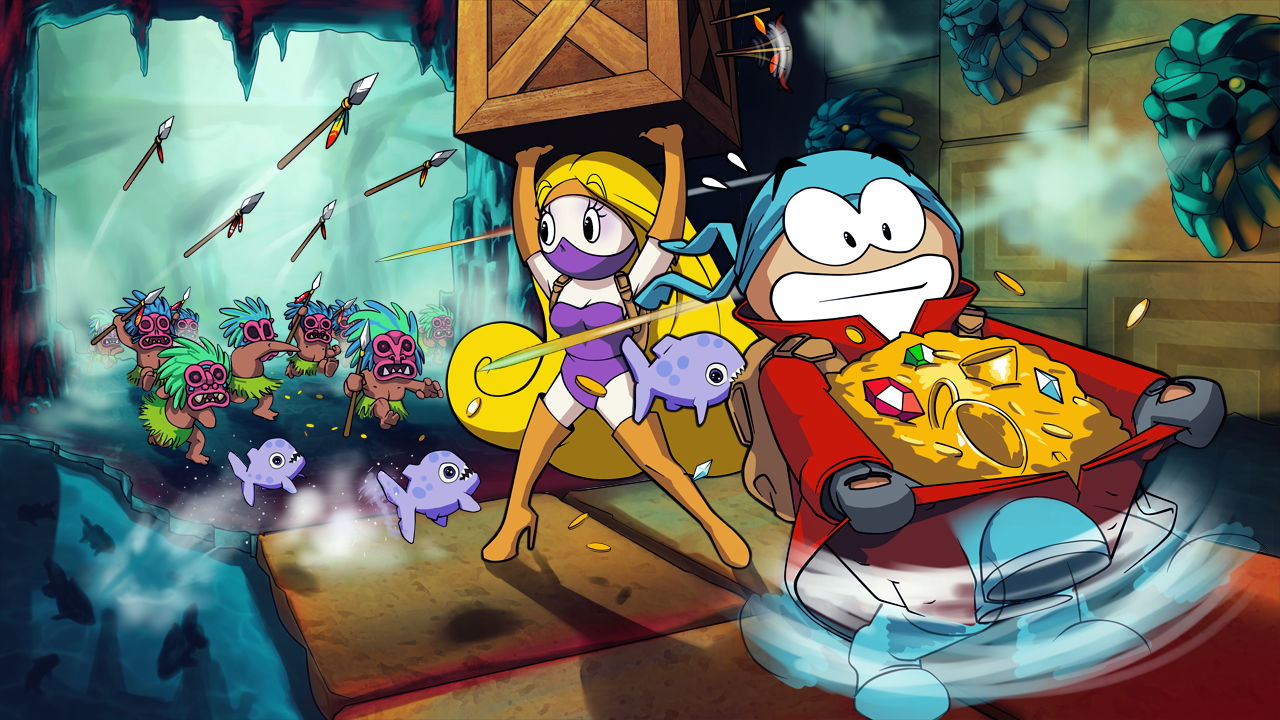 As young’ns, Jesse, Beau, and David made games casually alongside many other developers under the umbrella Fallen Angel Industries, producing small freeware community hits such as Tango Strike, Mega Munt II, SIEGE!, Douglas Circumstance, and fan favorite Factor X. After separating to pursue different interests for nearly a decade, they reconverged in 2010 when a little idea for a puzzle game was brought back to the surface. Wyv and Keep was born in 2011, as well as the group’s new identity, A Jolly Corpse. The game was first published in 2013 to universally positive reviews. In 2014, A Jolly Corpse was approached to help bring the point-and-click game Dropsy into existence, and on September 10, 2015, this vision was realized.

In August of 2014 A Jolly Corpse was approached by Devolver Digital to help turn Jay Tholen's visions of a pretty walking simulator into a fully fledged game. Presented with a library of beautiful backgrounds but little else, AJC redesigned the game from scratch, and successfully completed the project in just over a year, launching to critical acclaim and financial success on September 10, 2015.

Originally a rigidly grid-based, castle-themed puzzler, the prototype for Wyvern’s Keep was constructed way back in 2001 by college students Beau and Jesse in the games maker Multimedia Fusion. David brought the game a complete rehaul with proper coding in 2004, but with members going their separate ways, the prototype was left to the ravages of time. In 2011, with the three’s craving for pixels at a peak, the game was reborn with a modernized version and moved into the jungles of Amazonia. The game was given limited release in 2013, and Steam release on August 1st, 2014.

During a particularly brutal burn-out from Wyv and Keep’s development, David quickly put together the first in what we hope to become a series of reboots to Fallen Angel classics: SmashBox, a modern, redesigned update to Mega Munt II. Production went quickly, thanks to many lessons learned, and the ferociously difficult twitch platformer was given limited release after just 6 weeks. SmashBox was recently greenlit for Steam, and we expect to see it out soon.